Introducing the High Performance Planner, the 2-in-1 planner and journal achievers use to win the day and accelerate long-term success. 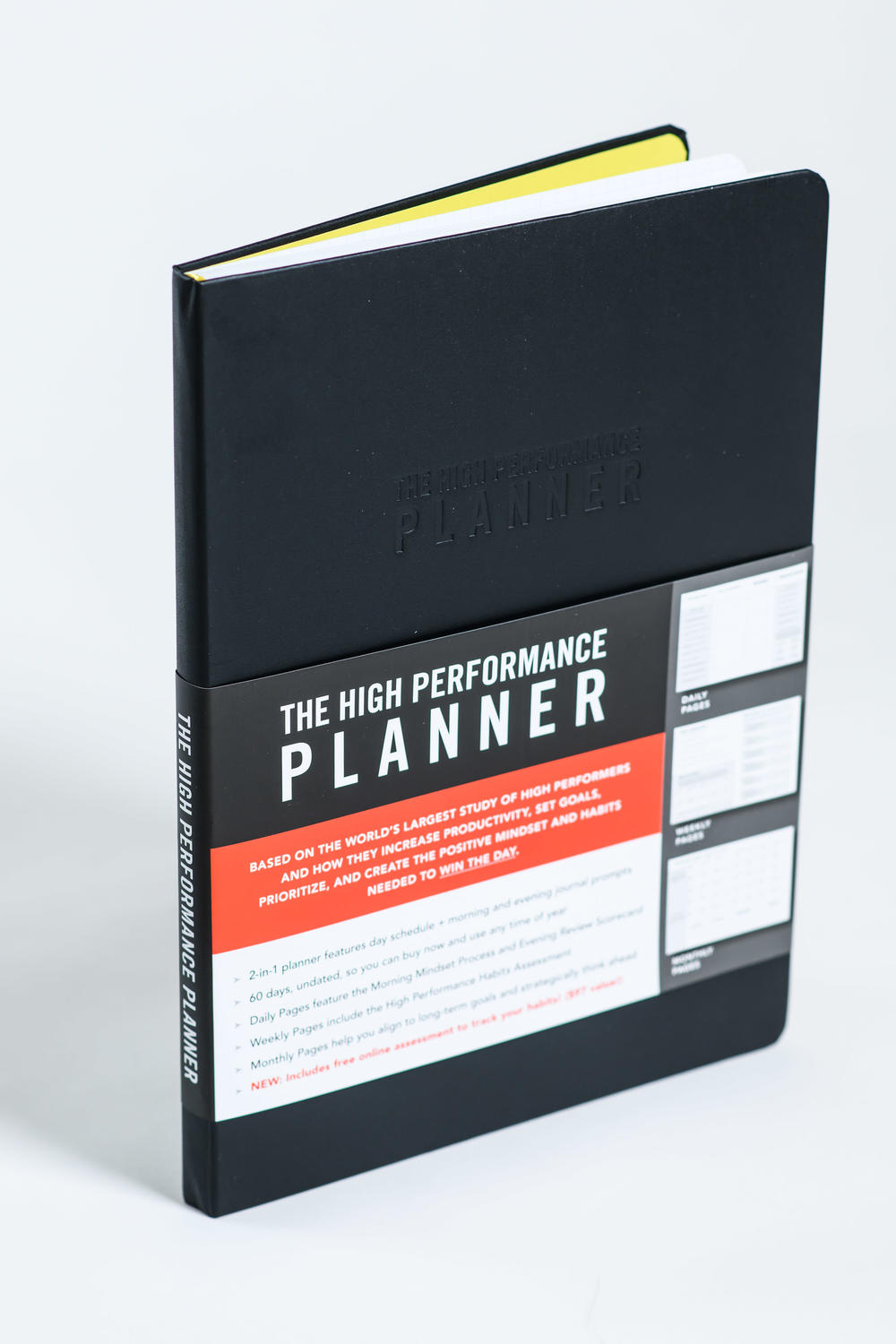 The first-ever science-backed Planner for reaching high performance in all you do.

This game-changing gorgeous planner is based on the world's largest study of high performers and how they increase productivity, set goals, prioritize, and create the positive mindset and habits needed to win the day.

You'll never feel so upbeat, organized, and on-track to achieving your dreams.

Use the High Performance Planner every day to:

Start your day with clear intention by filling out the 10 Morning Mindset prompts. These 10 questions will help you start the day positive, confident and focused on what matters the most. End the day with 6 questions and 6 scorecards that help you review and develop the habits that lead to long-term success. 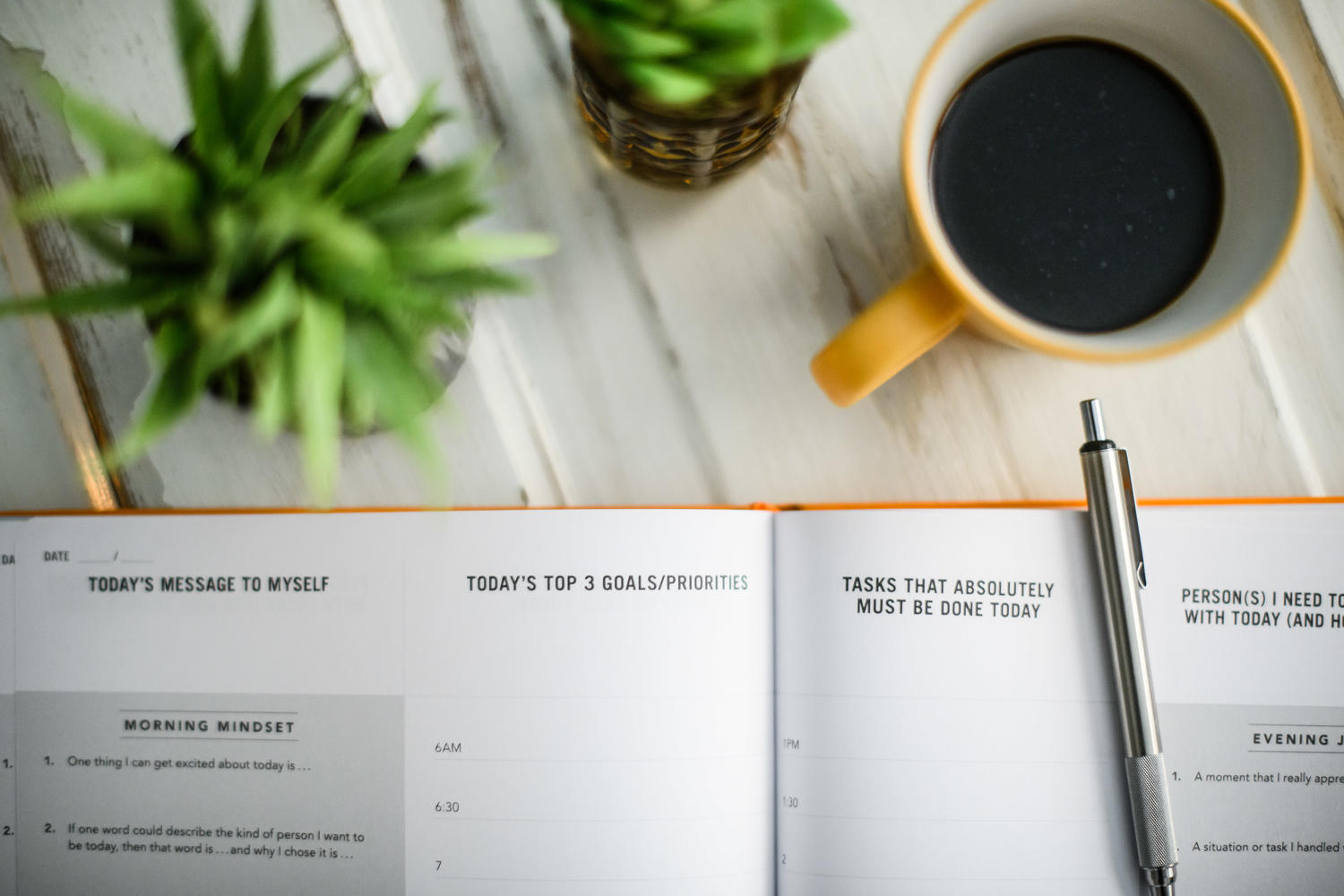 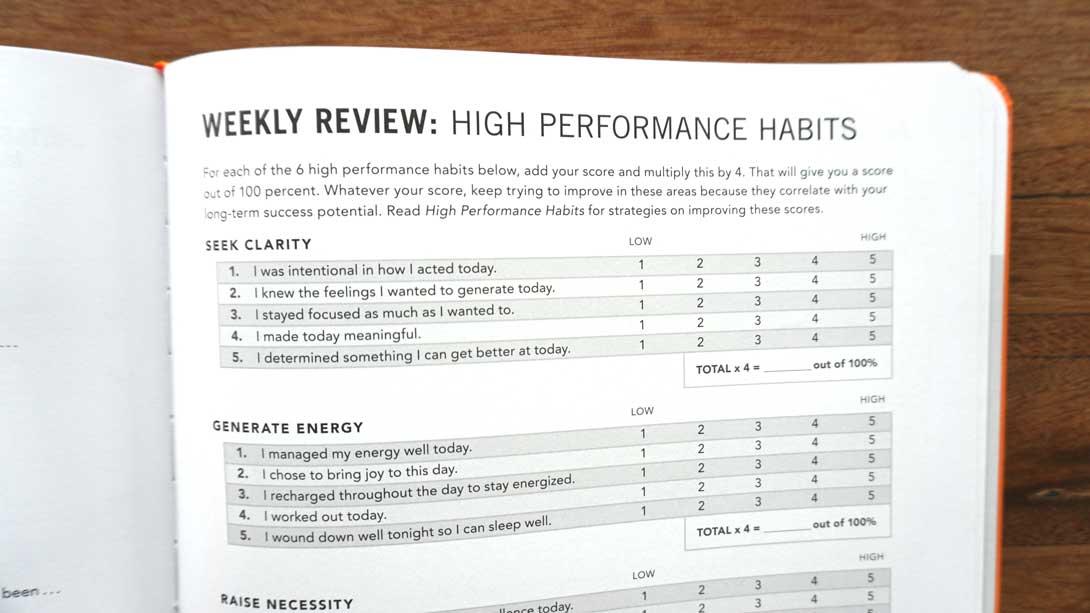 Each week, you’ll review your lessons learned and also score yourself in 10 major life areas: health, mission, family, learning, finances, friends, spirit, mental/emotional energy, love/heart, and experiences. You’ll also complete the High Performance Habits assessment, a proven professional tool that helps you improve upon the habits that correlate with long-term success. (These Assessments are usually $97 online. Now you fill them out every week in the Planner!)

Strategic writing prompts help you anticipate the major projects, events and deadlines for the month ahead. You’ll also fill out the Whole Life Assessment to keep track, score and balance the major areas of your life every single month. 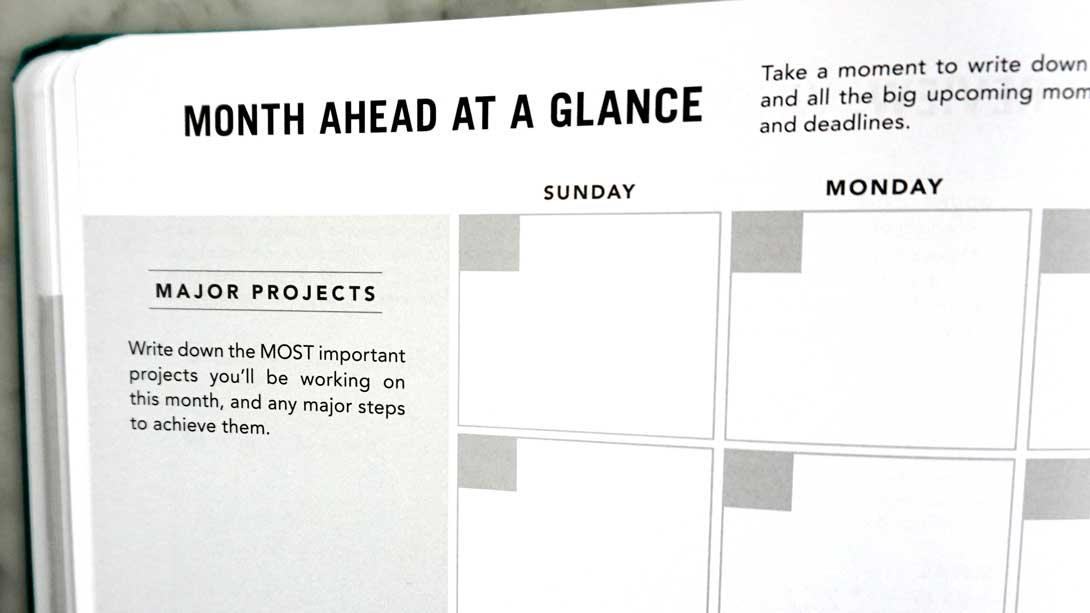 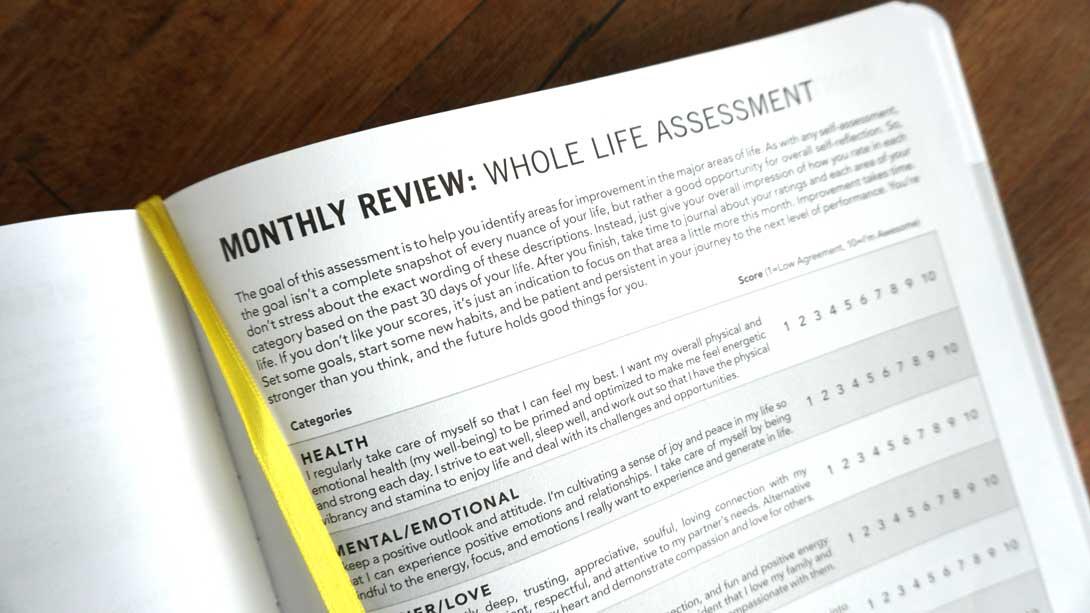 Every month, you'll take a proprietary, comprehensive assessment that helps you review your overall life the previous 30 days. Additional journaling exercises help you reflect about yourself, your relationships, and your mission. A long-term goal section helps you re-align your tasks toward 1- and 3-year goals.

See why this is the best 2-in-1 planner and journal in the world. 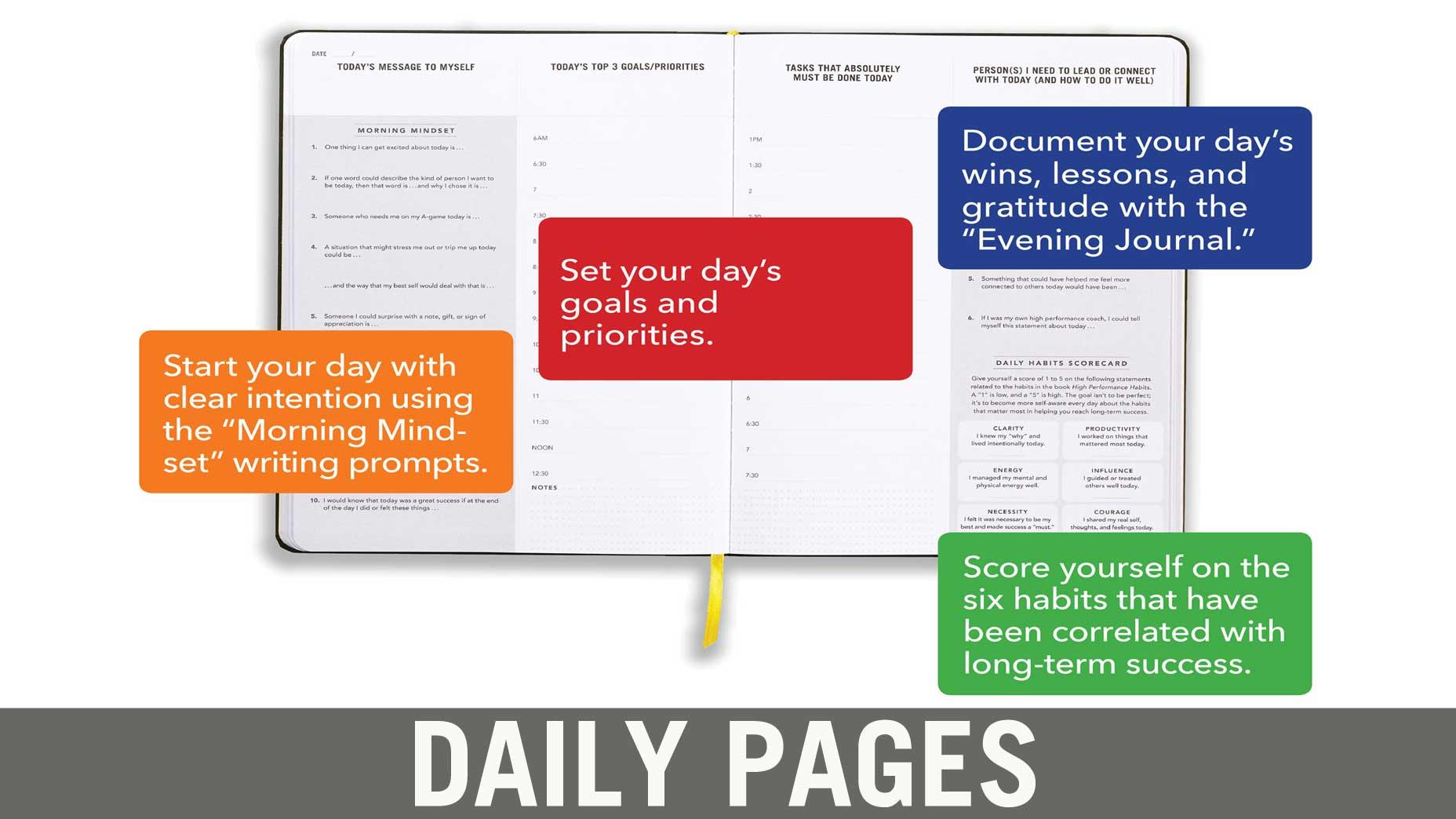 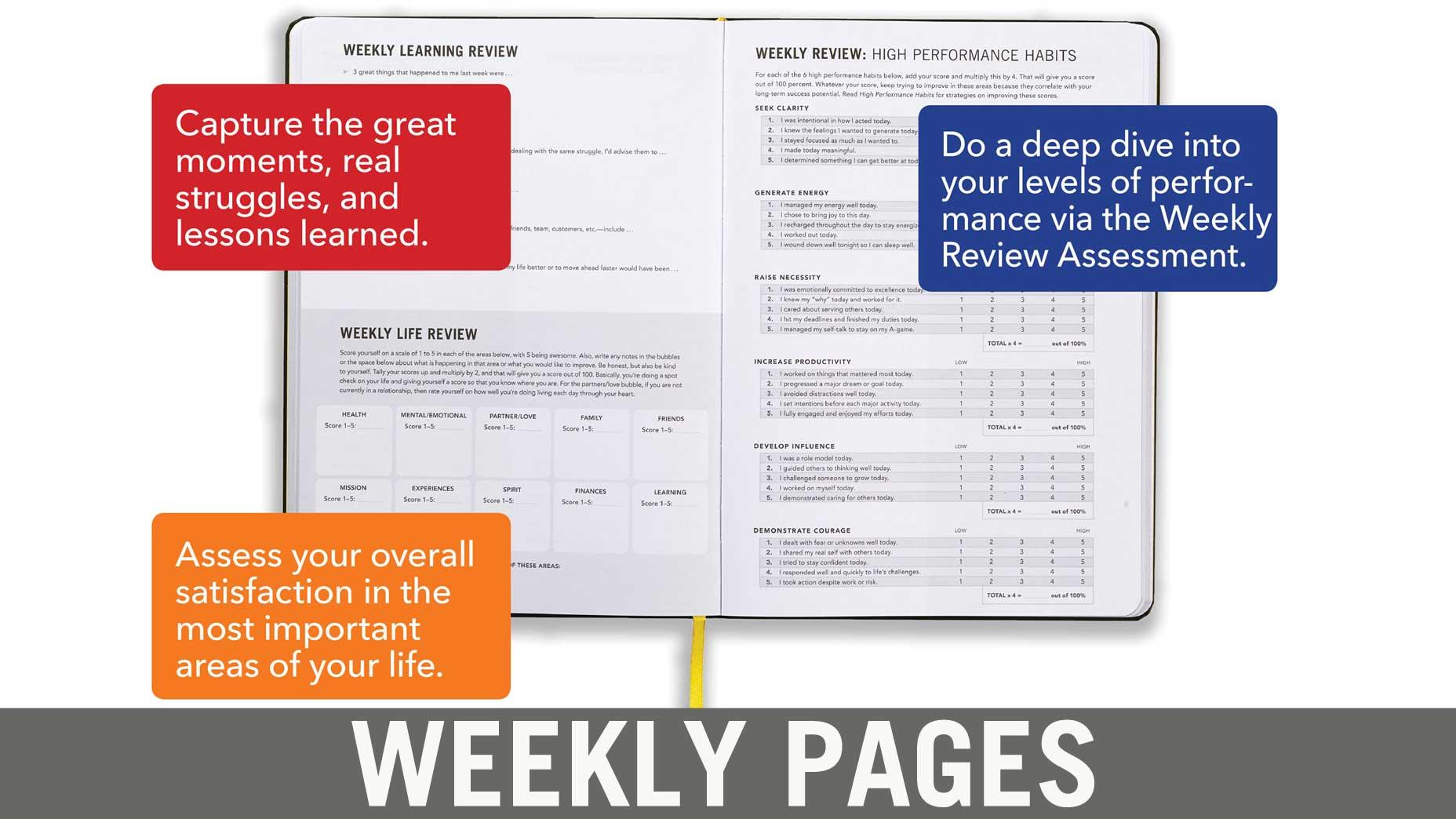 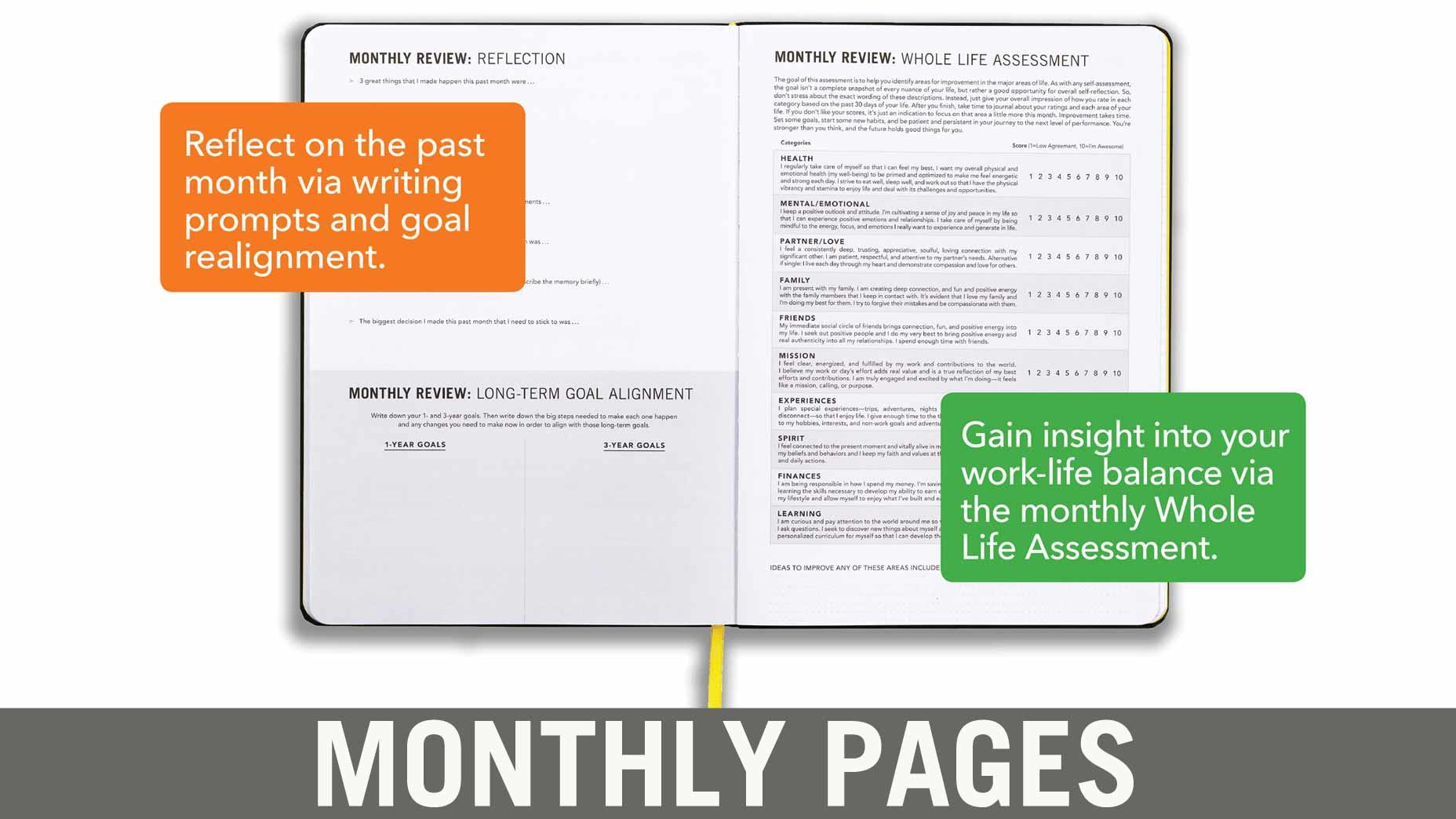 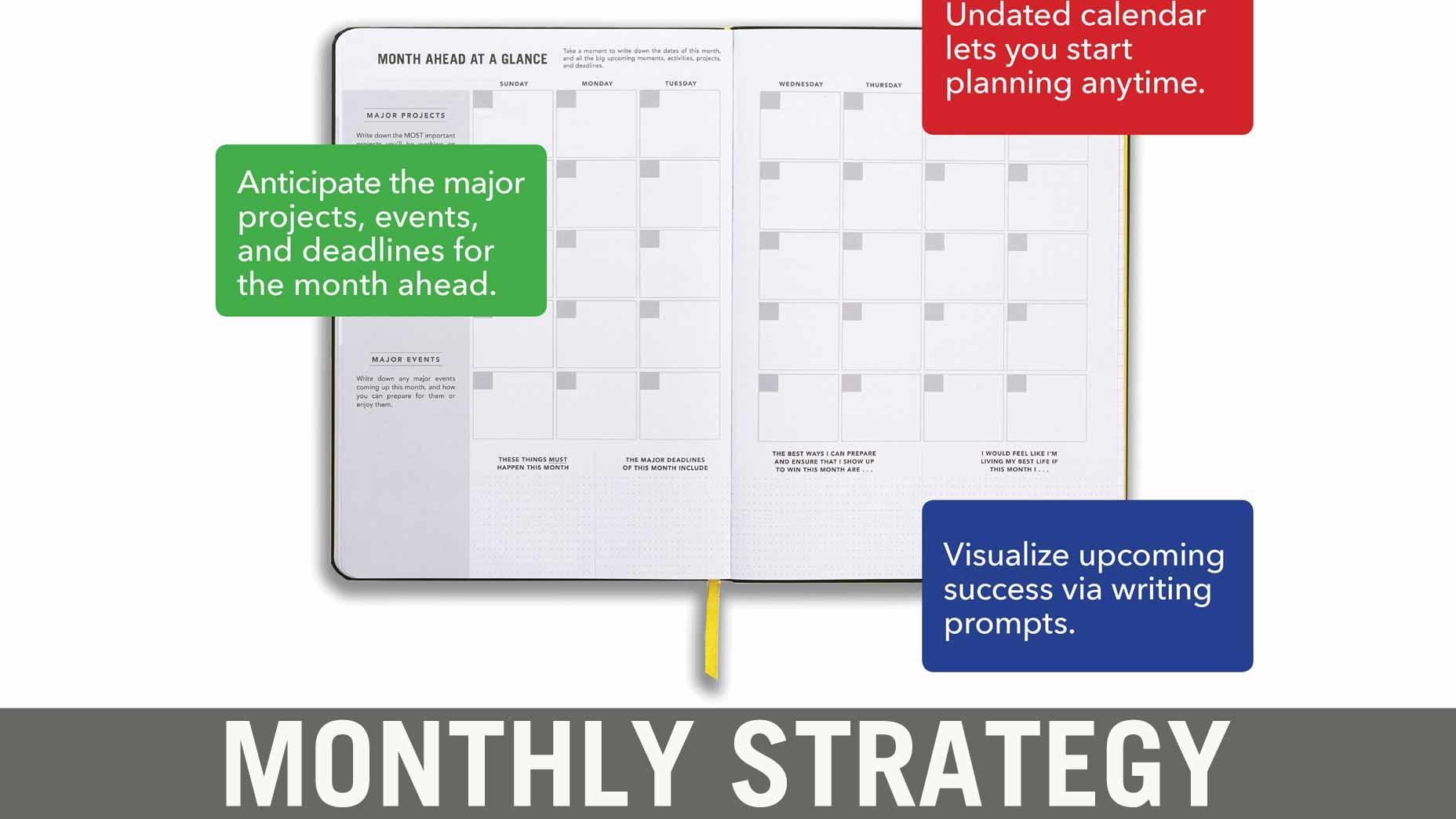 The High Performance Planner was created and field tested by Brendon Burchard, the world's leading high performance coach and a #1 New York Times best-selling author, whose books include The Motivation Manifesto, The Charge, The Millionaire Messenger, and Life's Golden Ticket.

Brendon's pioneering research with the High Performance Institute led to Amazon's Top 3 Business & Leadership Book of 2017, High Performance Habits: How Extraordinary People Become That Way. With a research team of psychologists and academics, he conducted the world's largest study of high performers and the habits that make them successful.

According to Forbes and Success magazines, Brendon is also one of the most watched, quoted, and followed personal development trainers online. His training videos have been viewed more than 200 million times, and over 2 million students have taken his online courses or video series. His brands have over 10 million fans on social media. For these results, Oprah.com named him "one of the most successful online trainers in history."

Brendon has been on the cover of Success magazine, and three of his podcasts--including The Brendon Show--debuted at #1 across all categories on iTunes. He is the most respected productivity and high performance trainer in the world today. 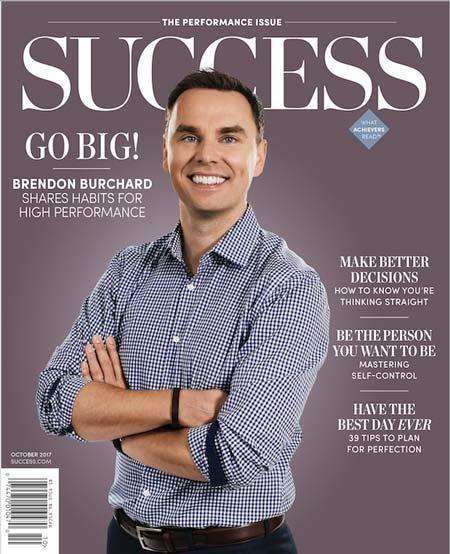 Sorry, but we will sell out FAST. This is the first-time ever we've released this Planner to the general public. Please be patient. These are extremely gorgeous, custom planners with proprietary assessment tools. (We used to charge $97 for the assessments online. Now you get them built-in). Available in the US, UK, Australia, and Canada via Amazon. More international options coming in mid-December. 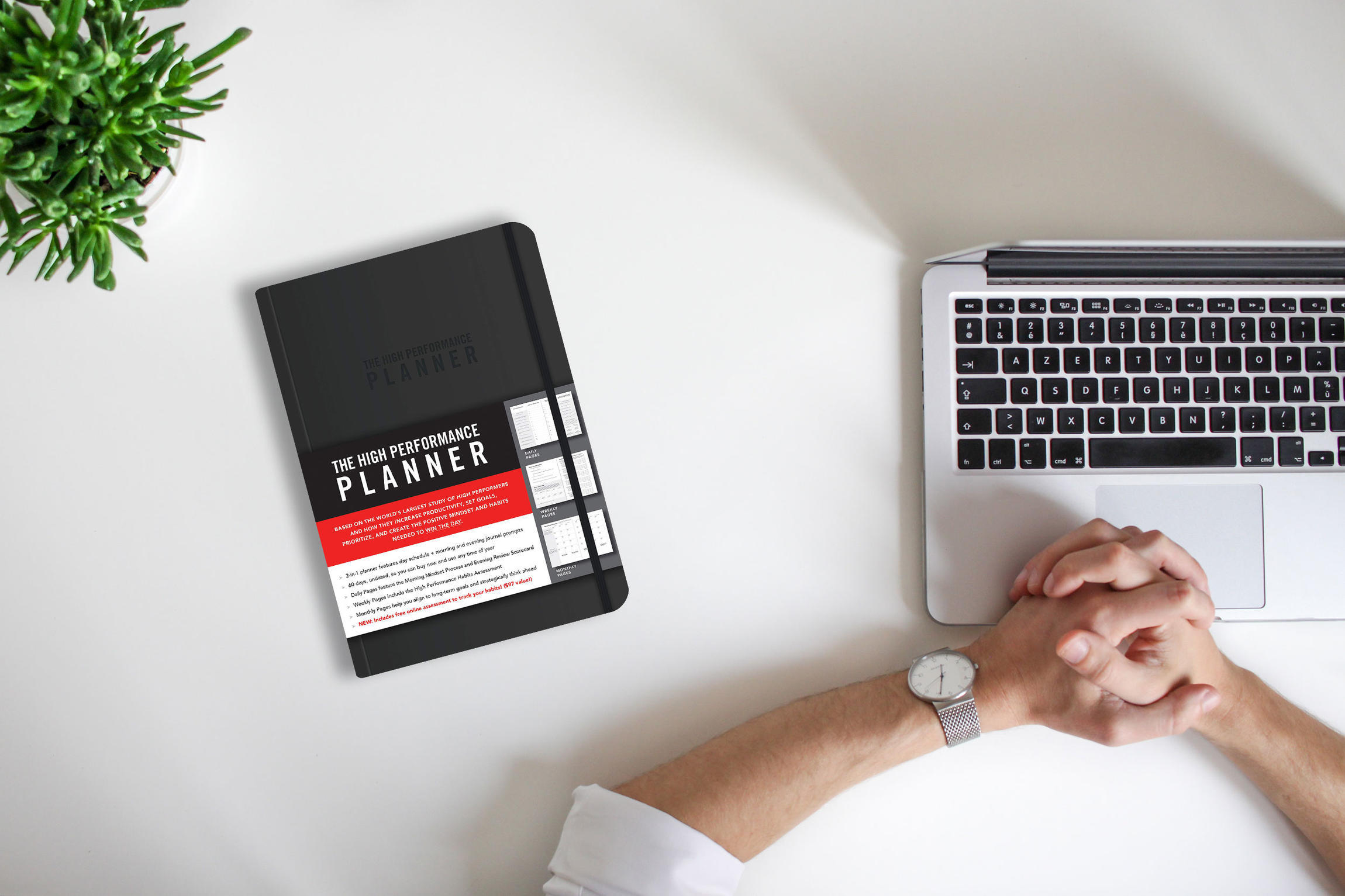 "This planner is the secret to my success. I use it every day to start off with a motivated mindset, clear priorities, and a focused agenda. I absolutely love the morning routine and evening review sections. And the weekly and monthly scorecards and whole life assessments are truly transformative. The habit trackers keep me motivated and help better balance my life. Overall, I’m getting more done and I feel more focused on what matters in my life. All my celebrity clients use this planner now too, and they say it changed their lives. Everyone who uses it is stunned by their results and progress. This is the best planner you’ll ever own. I can’t live without it." 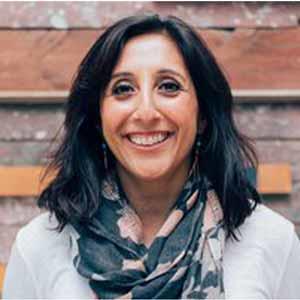 "I have tried almost every type of planner, calendar and journal! The design of the High Performance Planner helped me be more purpose-driven, organized and joyful! It helps me stick to my goals and be mindful and grateful! I'm obsessed with it!"
- Priya Lakhi, Awaken Ananda 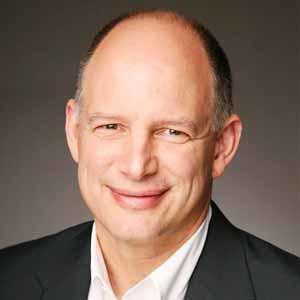 "I love the High Performance Planner. It provides the clarity and focus I need to accomplish my goals. And...I'm doing it with my son. What a difference and game changer. It is improving all aspects of my life. It's indispensable."
- Greg Zlevor, leadership consultant 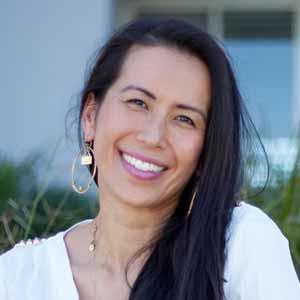 "I have extremely busy days, swayed in so many directions. This Planner keeps me focused and accountable on my path and purpose. It shows my progress towards my ultimate goals. I've never kept a planner before and now I'm so in love with it."
- Fern White, dental surgeon

"If high performance is your goal, this Planner is not only the best way to start your day, but the best way I’ve ever seen to map your progress as you go. Starting each day with focus on what you want to achieve for the day sets the foundation for how you’ll show up as the most productive, most present, most effective version of yourself. This Planner will be transformational in how you accelerate your personal development. Bravo."

GET MY PLANNER »
Close

GET MY PLANNER →
Close

Enter your information for your High Performance Planner!
Hurry, while supplies last...